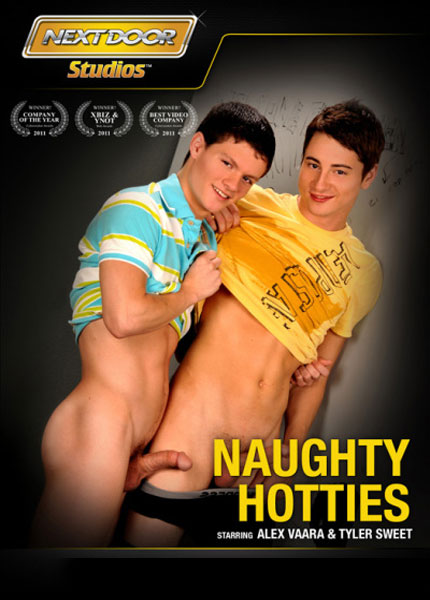 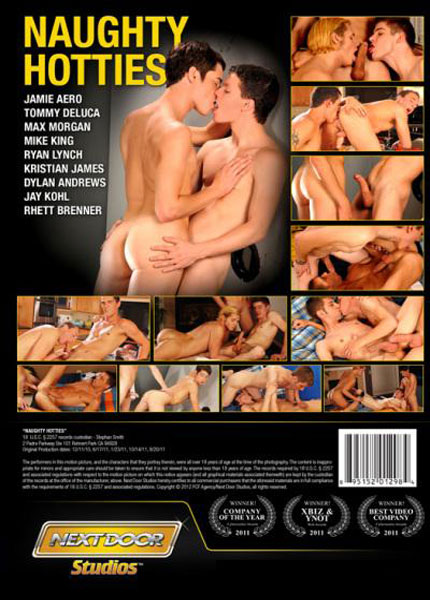 Quantity:
Price: $25.00
In stock
Naughty Hotties
Next Door Studios has some really Naughty Hotties in store for you. Tyler has never seen what's commonly known as a glory hole. But he's quite a curious boy. His friend Alex Vaara has seen 'em. He even knew a guy who got a blowjob through one of these mysterious passageways. Tommy Deluca is a private sort of guy. He doesn’t like people messing with his stuff. It makes him feel violated, and not in a good way. So when he comes home to find Jamie Aero poking around in his stuff, he is not at all amused. Max Morgan and Mike King are just a couple of young bucks who are bored and a little naïve, but they are looking to expand their horizons. It's the last shoot of the last day, and honestly, Ryan Lynch, Dylan Andrews and Kristain James don't want to think about any lines of dialogue, acting cues or subtleties. They just want to get buck wild and let the camera roll. It's lunchtime at the house and Jay Kohl is busy in the kitchen making a sandwich when Rhett Brenner walks in. Rhett is famished too, and he wants something thick and meaty to put in his mouth. Jay tries to make Rhett a sandwich, but Rhett wants a 'Man'wich.