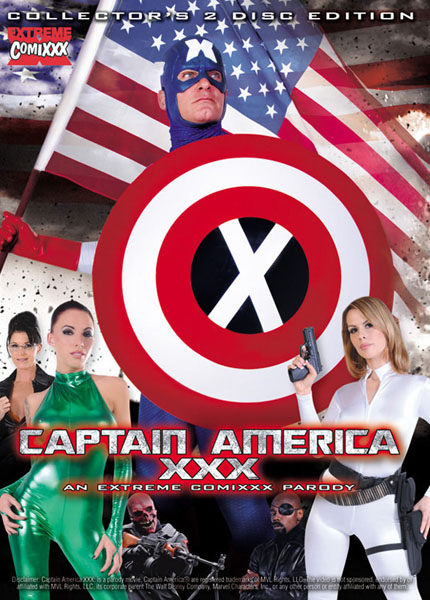 The man who ended World War II was a genetically modified super soldier named Steve Rogers, Code Name: Captain America! After being frozen in a block of ice for 70 years, he's back, and he's the only thing standing between the American people, and the forces of Evil. Along with Nick Fury (Sean Michaels), Sharon Carter (Tara Lynn Foxx), and the rest of the shield, the Captain (Evan Stone) has to battle his arch nemesis, The Red Skull (Bill Bailey), and the sexy-but-deadly Madame Hydra (Juelz Ventura), who wants to fuck the captains as badly as she wants to kill him! See this American hero fuck and fight his way through the modern hero fuck and fight his way through the modern era, along with some of your other favorite comic book characters. The politics may have changed, but the fucking and suckings remained the same!

This Aint Curb Your Enthusiasm