The Road To Hopeful 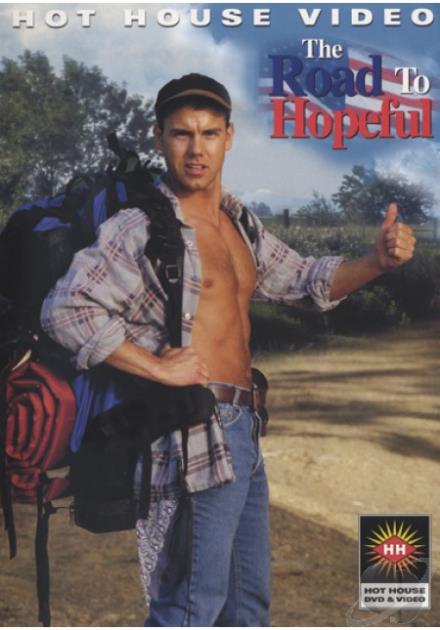 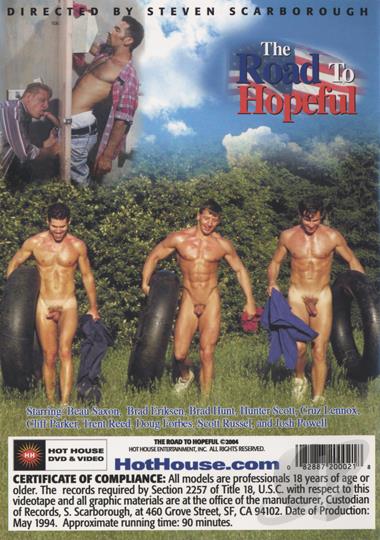 Quantity:
Special Price: $6.25
In stock
The Road To Hopeful
Check out all the Hot House Movies
A landmark film for director Scarborough, not to mention sleazy and hot as hell, too. One of 1994's best releases. Scarborough, who worked for Falcon early in his career, here releases the debut feature from his own new studio label, and ooohhh boy, is it a winner.
The theme is decidedly romantic, while the sex itself is unbelievably sleazy - lots of outdoor tricking, some enormous loads are blown, Brad Hunt sporting a goatee (marry me, Brad!) and there's an awesome gloryhole fuckscene that still gets me off to this day. Lovely outdoor photography melding with some of the most chiseled pieces of men, it was easily one of the year's best. A high class, high quality feature which promises good things from Hot House Entertainment. (How about a sequel, Steven? Please?)
Shot on location in the breathtaking mountains of Northern California, it chronicles the misadventures of a sexy (and innocent) young man as he sets out on the road away from a lying, cheatin', low-down, good-for-nothing lover toward his small rural hometown and a brighter future. Along the way he crosses paths with an unbelievable grab-bag of raunchy red-necked, big-dicked, booty-crazy wild men with nothing better to do than spend their time getting down on each other and anybody else in the general vicinity. All that good clean country living stimulates tons of outrageous, uninhibited, mad-dog sex.The Road to Hopeful is a story for everybody who has ever been in a neglectful relationship; a story of loneliness and escape, of chance encounters and raucous, rough-and-tumble hoe-downs. A story of a journey home to Hopeful, to a new beginning and to self discovery. A tale that will forever set the standard for this genre of road film. You are invited you to join The Road to Hopeful... guaranteed to get you where you're going!

The Power of Love