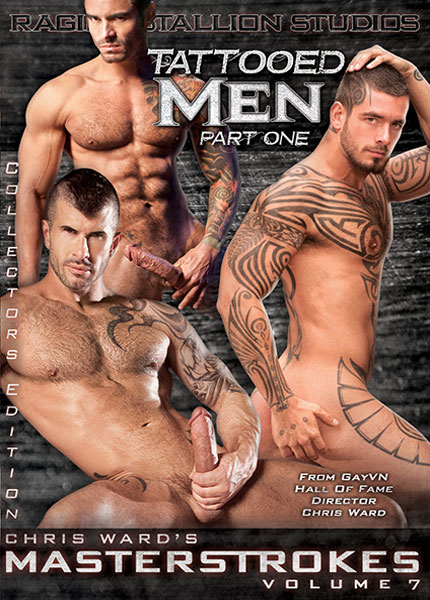 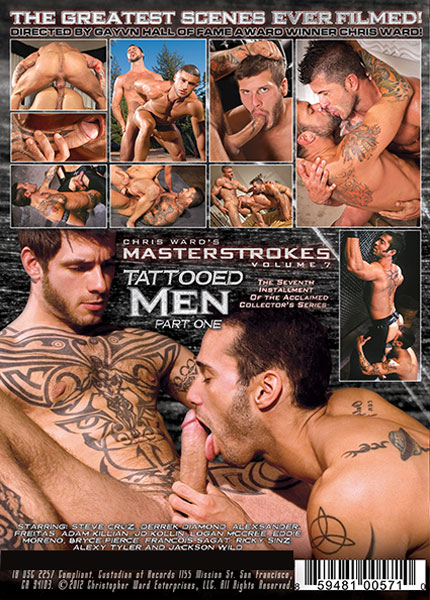 Jackson (Jackson Wild) is cleaning up the stable of the Flying V Ranch when Rick (Ricky Sinz) enters with beer and whisky. Rick starts giving Jackson a hard time, confirming that Jackson is his boy and nobody else's. Jackson knows his place and how to please his master. He starts to worship Rick's erect cock. Using Jackson's mouth for his pleasure, Rick is a cruel taskmaster. Rick blows smoke in Jackson's mouth, pours whiskey and beer over his cock, and forces his boy to lick it up and enjoy it. Rick puts Jackson's mouth through its paces, in any and every position. Rick soon shoots his load on Jackson's face, and Jackson follows with a load of his own.

Derrek Diamond – in his first feature film starring role – in a spectacular pairing with Alexsander Frietas – one of the hottest new stars in the business. The scene opens with Alex flexing his rock-star eight pack – these abs are the best we have ever seen. Derrek can't resist and is on his knees in seconds! The blow job that comes next is probably the best oral sex filmed so far in 2010 – it's that good. Director Chris Ward himself was astounded – this is long, uninterrupted dick sucking at its best. Then comes the fucking. If you have never seen Alex fuck, then you are in for a shocking surprise. This man is a fucking animal – few bottoms can take his relentless 800 MPH pounding – it's difficult for Derrek, but he takes it. This scene is a sure fire bet for a best sex scene nomination!

Below the streets of the city, in the devil's lair, diabolical inked minions Logan McCree and the incredibly cut Alexy Tyler indulge themselves in the sins of the flesh. Logan masterfully deepthroats Alexy's cock…sucking hard, deep, and fast as he jacks his own cock. After an eternity of Logan's service, Alexy kneels and swallows every inch of Logan's cock. Silently Logan reclines in the rapture of Alexy's fiendishly hot blowjob. The inked lines of these devilish forms merge and meld as Logan slides his cock deep in Alexy's ass. He pumps hard and fast, over and over until Alexy spills his load prompting Logan to pump out his own.