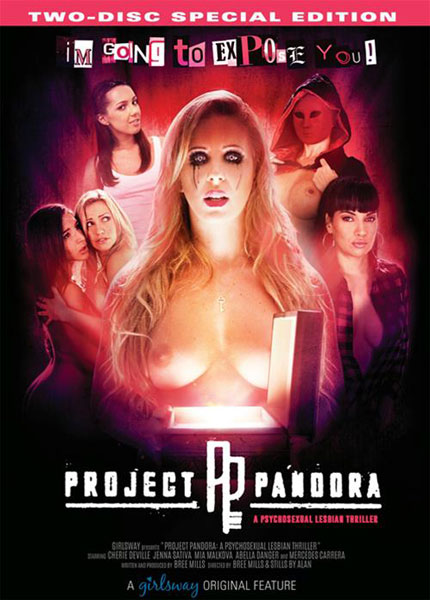 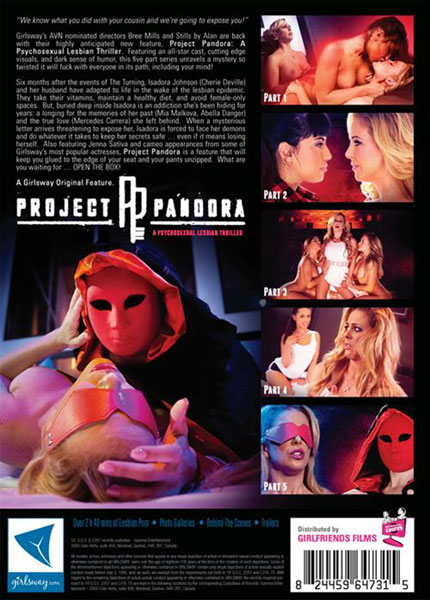 'We Know What You Did With Your Cousin And We're Going To Expose You!'

Girlsway's AVN nominated directors Bree Mills and Stills by Alan are back with their highly anticipated new feature, Project Pandora: A Psychosexual Lesbian Thriller. Featuring an all-star cast, cutting edge visuals, and dark sense of humor, this five part series unravels a mystery so twisted it will fuck with everyone in its path, including your mind!

Six months after the events of The Turning, Isadora Johnson (Cherie Devine) and her husband have adapted to life in the wake of the lesbian epidemic. They take their vitamins, maintain a healthy diet, and avoid female-only spaces. But, buried deep inside Isadora is an addiction she's been hiding for years: a longing for the memories of her past (Mia Malkova, Abella Danger) and the true love (Mercedes Carrera) she left behind. When a mysterious letter arrives threatening to expose her, Isadora is forced to face her demons and do whatever it takes to keep her secrets safe... even if it means losing herself. Also featuring Jenna Sativa and cameo appearances from some of Girlsway's most popular actresses, Project Pandora is a feature that will keep you glued to the edge of your seat and your pants unzipped. What are you waiting for... open the box!