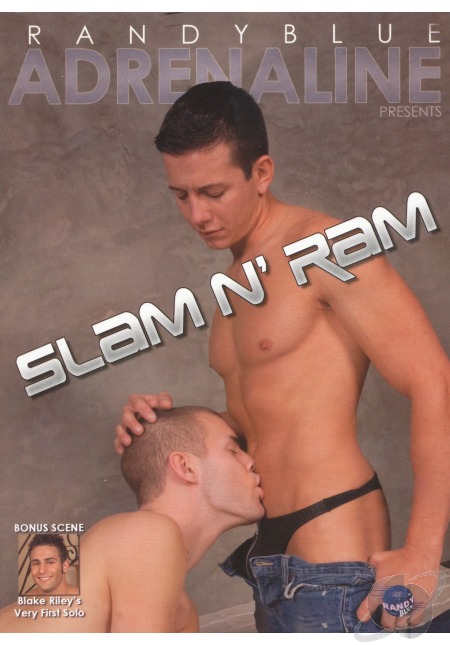 Quantity:
Special Price: $5.00
In stock
On the surface you see a bunch of hot guys fucking. And sometimes that's all you need. But if you look closer you'll see that each of the guys in this collection have a special talent. And when you put two guys together that compliment each other you'll get Slam N' Ram, some of the hottest hardcore you'll find anywhere.
I always love it when Kody comes back for a visit. If there was ever a hot, hung stud I wish could hang around more it would be him. Kody is a sexual machine and when it comes to getting his sex drive indulged he wastes no time on getting down and dirty with any hot boy we put him with. Today it was Jackson's turn. When you first met Jackson on the site it did not take you guys anytime to decide that you really liked him and believe me I know why. He is smoking sexy as hell! Jackson wanted a really hot guys with a really thick dick to give it to him and Kody was the first guy I could think of. Kody plows Jackson's ass hard and fast as he can and even though Jackson had a little bit of difficulty you could never guess that by looking. This is a really hot anal video and these guys are so great together. This is pure, horny lust and the end is somewhat spectacular.
When you put Blake, Reese and James together you know its going to be good. This one is really good. Reese and James tag team Blake in an all out threesome that includes a lot of hot action and a great interview with Reese. Enjoy!
James and Jude. These two boys drive me crazy. Jude with those lips and eyes and James with that body that looks like it was sculpted out of brown butter. Let's face it, they look great together. When James made his first visit to R.B. He was ok with the solo work and he was ok with getting blown by a dude but wasn't really into much more. I think the time he spent with Reese made him change his mind. How many times did it look like they were going to lock lips? Putting James with Reese was great because I knew if anyone could make him feel comfortable and hot in the sack it would be Reese. Jude on the other hand is really blossoming into quite the sex god. Merely 21 he has a sexiness that is almost indescribable. He looks like the love child of Rock Hudson and Tony Curtis... seriously the boy just drips sex! I wanted to see just how committed James was to sucking dick. That is why I chose Jude, the boy has a huge dick and I wanted to see James go down on it.
Now first and foremost I will tell you that if the guys do not get along the scene is going to be boring. That rarely happens on my set but you never know and this time the guys got along extremely well joking and laughing most of the time. When the shooting started they were all over each other. Both of the guys had told me they were horny as hell and I think you can tell from the way they were working each others cocks over that they really wanted to get off. This is one hot oral video and its James first time to ever suck cock. The boy chows down on the monster cock of Jude's and gets his sucked good and hard in he process.